ABRAZO, THE HAVANA SESSIONS: A Musical Bridge Between Cuba and the US 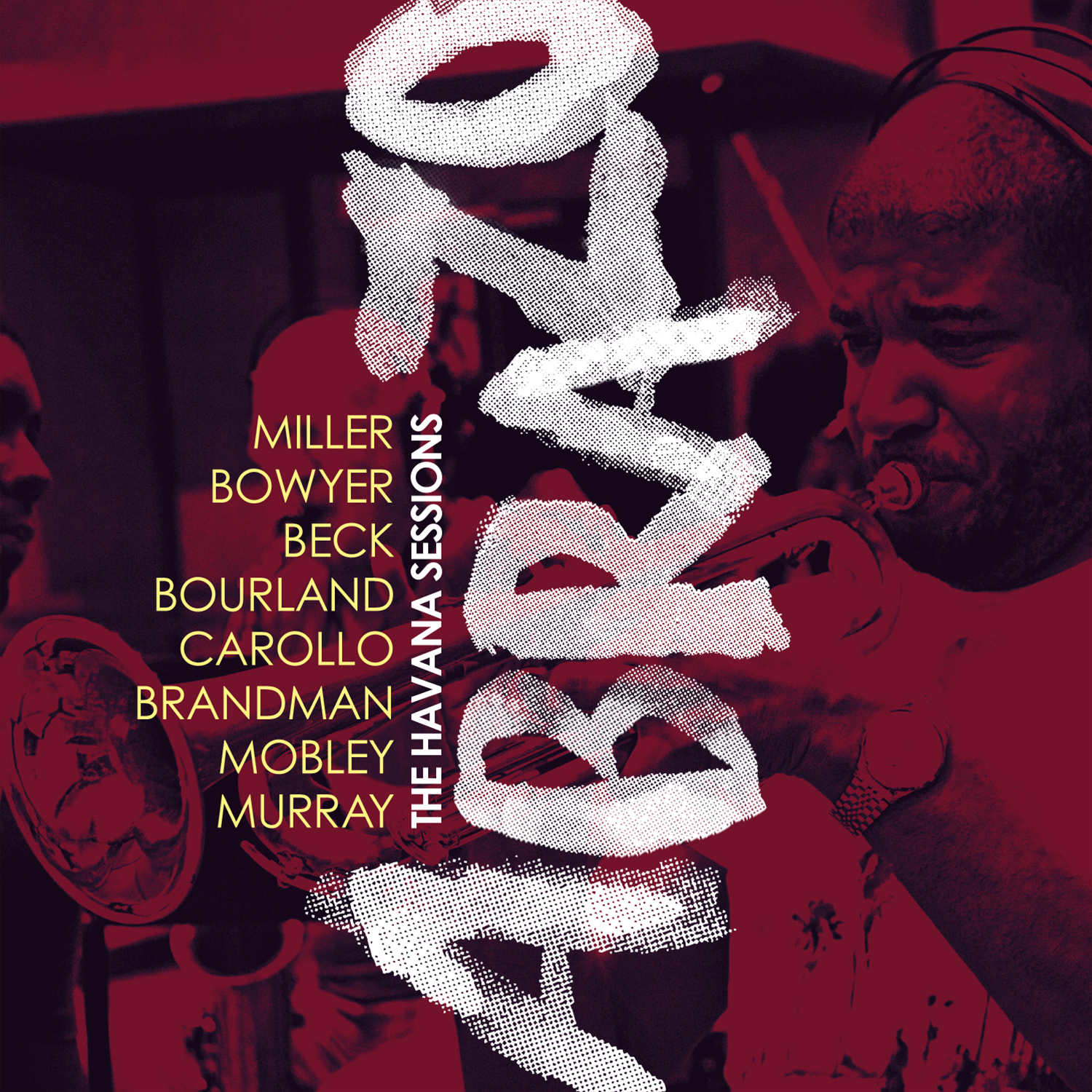 In a quest to warm up the cultural and economic exchange between the United States and Cuba, music producer, composer and activist Bob Lord saw a great opportunity to unite both countries in more than just diplomatic relations, but in art. The Musical America’s “30 Professionals of the Year: Key Influencers 2015,” embraces our musical history and offers a fraternal "Abrazo: The Havana Sessions," an invigorating two-disc album presenting works for big band, small jazz combo, choir and chamber ensembles by composers Bunny Beck, Roger Bourland, Don Bowyer, Margaret Brandman, John Carollo, Timothy Miller, Mel Mobley, and Michael Murray, performed by current or former members of the National Symphony Orchestra of Cuba, the Buena Vista Social Club, Irakere and many others. To give a brief historical perspective, he told Wendy Killeen from The Boston Globe:

"It was one of the very first projects recorded and produced by an American music company in Cuba since the opening of diplomatic relations."

On a personal note, my late father was a renown jazz historian. One of the unfulfilled wishes on his bucket list was to visit Cuba, and enjoy live jazz, played by these formidable musicians. Inspired by his legacy and this wonderful initiative, I reached out to Bob Lord to learn about musical hug and somehow honor my father.

Marlena Fitzpatrick: Is this album aimed, not only to unite diverse musical genres, but to serve as an example of a peaceful sociopolitical bridge between the US and Cuba?

Bob Lord: Absolutely. In my own musical career, I’ve tried to avoid making art for any reason other than its own sake, and as a producer of music by others it is not my job to inject any personal mission or objective into someone else’s work. Yet, in this case, I found a perfect way to unite my artistic and business feelings —meaning, my general desire to go right to the source to obtain a type of musical expression that I cannot find anywhere else— and my belief that borders are meant to be crossed, lines meant to be blurred, and collaboration meant to be fostered.

I truly believe that music is music, and that genre distinctions are becoming increasingly irrelevant by the second. Maintaining a sense of lineage and a knowledge of the past is a crucial part of, for example, the classical and jazz worlds, but that type of respect must not impede the evolution of music. A similar thing can be said of the U.S. embargo on Cuba.  I understand the history of the rationale for its original existence, and I understand that it is not solely incumbent upon the U.S. to make adjustments that will allow the full lifting of the embargo, but these decades of failed policy have only succeeded in hindering what should be a mutually advantageous relationship.  Music, and the arts, can help lead the way, and I hope we’ve had some small part in making this possible.

Marlena Fitzpatrick: Arts do lead the way. Explain how the concept of the album was developed, and how was the selection process of the composers and musicians in this double disc project? Where was this recorded in Cuba, or the US? Are all the pieces originals to this compilation or are there any re-releases?

Bob Lord: In May 2015 I traveled to Havana for professional meetings with Cuban musicians, composers, performances, engineers, producers, arrangers, and studios in order to determine the viability of conducting recording projects in the country. In addition to being the parent company of a number of record labels, including the Ansonica imprint which is releasing this album, PARMA holds recording sessions all over the world to recording new music and I was hoping to find a way to do the same in Cuba.

The meetings were energizing and inspirational and the musicianship was off the charts. As soon as I got on the plane leaving Havana I resolved to return to record as soon as possible. I knew there would be substantial challenges—the infrastructure is in terrible shape, internet is beyond scarce, the electricity catch-as-catch-can – but it was clear that great music could be made, and just as importantly, that good work to help these superb musicians was possible. I realized we could make beautiful art and send a strong message at the same time. We received hundreds and hundreds of score submissions, and we handpicked the ones that we felt would make a diverse, engaging collection designed to showcase the breadth and scope of the capabilities of the Cuban musicians. We also handpicked the performers, many of whom I met during that initial trip, with help from our friends in Havana.

In November 2015 we returned to Cuba with the composers (seven Americans and one Australian) to record, participate in cultural exchange activities, and engage in professional meetings. The sessions were superb, and not easy either. We pulled double shifts every day for a week, but it was worth it. All of the pieces are original premiere recordings made in Havana during that trip, nothing whatsoever is recycled. This is fresh, new, exciting music interpreted by some of the very best players in Cuba. I think the quality of the music really speaks for itself.

Marlena Fitzpatrick: Speaking of playing and recording in Cuba, I had the pleasure of interviewing Cuban virtuoso Alex Lacamoire, Musical Director for Hamilton. He said something very interesting about Cuban musicians:

"I had the opportunity to work with brilliant Cuban musicians, who live and breathe Cuban styles. I felt el sabor. To me, it is one of the most rhythmic styles in the world and there’s nothing like it. To be up-close to that and hear that sound is a wonderful feeling. Not to say you can’t find musicians like that here in the US, but the musicians over there are basically untouchable. It was a life-changing experience. In fact, the rhythms are so complex that I once had to stop the groove that the percussion section was playing and ask about the incredibly complicated syncopated beat I had no idea where the “one” was—upbeat or downbeat. It was awesome to get my butt kicked like that. I was floored by the technical prowess and the knowledge that these musicians had.”

You showcase, not only jazz, but classical music and choir ensembles. Do you think Cuban musicians are “untouchable?"

Bob Lord: I cannot agree more strongly with this sentiment. I am fortunate to work with some of the very best musicians in the world. We record with orchestras in the Czech Republic and Russia and Slovakia and I’ve produced for and with artists like Richard Stoltzman, Glenn Dicterow, and Pete Townshend of The Who, so I don’t say this lightly: the Cuban musicians are second to none. Period.

What was so exciting for me was to see the equal facility and love of jazz and classical, a love which is instilled at a very young age. Cuba’s musical education focuses on literacy and history first, so all the players have a deep classical education, and then a large number of them move into jazz and other idioms, by which point they have achieved the mastery necessary to improvise with fluent spontaneity and simultaneously express themselves with incredibly rich nuance and panache.

This type of technical knowledge and practical application is rarely combined in such a way, and for it to be so omnipresent, so central to a culture’s musical experience, is incredible. Technically brilliant, classically trained improvisers and ultra-literate jazz players totally fluent in classical traditions? It is, in the literal sense of the word, awesome.

Marlena Fitzpatrick: Is this the first of other “Abrazos?" Will there be an “Abrazo” music festival with all these virtuoso composers/musicians?

Bob Lord: We were in Cuba again during April 2016 to record a new album, and although not quite “Abrazo 2” it is a very special collection as well. That will be released this fall, and we’ll announce the details soon along with information about our next round of sessions. Our PARMA Music Festival , held annually in Portsmouth, NH, will hopefully feature some of our Cuban friends this year. We’re working on it. Nothing guaranteed, but we’d love to recreate some of the magic of Havana in our home area.

Marlena Fitzpatrick: We definitely look forward to it!  And of course, after your unique experience I have to ask, what’s your definition of a Latino Rebel?

Bob Lord: I’m not sure how to quantify the Latino part, but there is little I admire more than rebels of all types: if you throw caution to the wind, if when everybody zigs you zag, if you take risks that other people barely even dare to contemplate, if the world thinks you are half-nuts and you know they’re right and you still do what you do… then you are a rebel. And if that’s the case, well, then I want to meet you!